Bullying can have devasting consequences for young adults. Recent studies suggest that 28% of US students in middle school, and 20% of students in grades 9–12. have experienced some form of bullying at school.1 In addition, more than 50% report online bullying, also called “cyberbullying.”

Bullying is defined as unwanted aggressive behavior by a young person, or group of youths, against another child or adolescent. By this definition, the youth involved are not siblings or current romantic partners. Bullying typically involves a power imbalance, whether actual or perceived, and either occurs repeatedly or is likely to reoccur.1

Some examples of bullying can include:1

Bullying can take place in person or through cyberbullying.1 Regardless of how bullying occurs, those youth who are more likely to be a victim of bullying are female, Caucasian, uncertain about their sexuality, or those youth who identify as LGBTQ+. Other studies have shown that youth with disabilities or obesity are more likely to be bullied by their peers. Certain personality characteristics, such as being insecure or unassertive, can also make a child more vulnerable to bullying.

Those who bully others tend to score high in levels of aggression and low in having empathy for others, as well as having higher levels of narcissism. They may come from homes where there is aggression and violence. Oftentimes, these youth are looking to gain status with peers or feel important.5

Cyberbullying is becoming a big problem too, especially among children and adolescents. With technology making it increasingly easier to reach out and connect with peers, there are more opportunities for potential harassment, especially from anonymous perpetrators.

There is a greater chance of developing a problem with substance use if a child is a bully or the victim of a bully. One theory is that young people who bully often use drugs and alcohol as a way to be seen as “cool” and find increased social status, especially when they are involved with a troubled peer group. Children and adolescents who are victims of bullying may turn to substance misuse as a coping mechanism.

If you are concerned that your child is the victim of bullying, there are signs of bullying that you can look for. These include:

In addition, the signs your child may be a bully can include:

Long-term bullying is associated with a variety of adverse consequences, including depression, anxiety, health issues, and poor academic achievement. Moreover, bullying can contribute to the risk of suicide and substance abuse.2

September is Suicide Prevention Awareness Month —a time to raise awareness and provide resources to help those struggling with mental health disorders and work to eliminate the stigma surrounding the topic of suicide. Suicidal thoughts, much like mental health conditions, can affect anyone regardless of age, gender, or background. According to the National Alliance of Mental Illness: 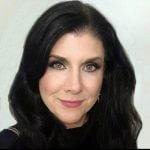 Leah Walker, PhD, LMFT
Contributor
Leah Walker is a licensed marriage and family therapist with a PhD in Family Relations. Walker has over 20 years of clinical experience working with … Read More
Read Our Editorial Policy

Prefer getting help via text?
We're available 24/7 via text message. Signup below for access to our team when its convenient for you!
and many more...
Your Next StepsRecovery is possible. We're here to help with you addiction.