Written by: Leah Walker, PhD, LMFT
Edited by: Amanda Lautieri
Reviewed by: Ryan Kelley, NREMT
Updated: Dec 27, 2022
Fentanyl has become notorious for causing overdoses in the United States. An effective prescription medication for those who need it, fentanyl is also produced and sold illegally and added to other street drugs. Fentanyl's increasing presence in the drug market has been a major leading cause of overdose deaths in the U.S. in the last decade.1,2,3

Did you know most health insurance plans cover treatment for addiction?
About Fentanyl 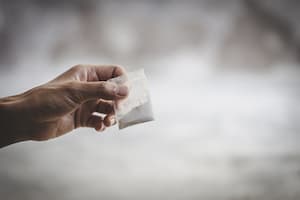 Fentanyl is an extremely strong opioid drug (about 50-100x stronger than morphine) that is prescribed to people who have severe pain that cannot be managed by other opioid painkillers.1

However, while fentanyl can be legally prescribed, fentanyl is increasingly being illegally produced for street distribution and is often used as cheap filler in heroin, cocaine, MDMA (ecstasy), meth, and counterfeit pills without the buyer’s knowledge. Illicitly manufactured fentanyl, or IMF, has driven the huge rise in overdose deaths in the U.S. since 2013.2,3 Drug users who have little to no interest in fentanyl may be exposed to it regularly by using other substances contaminated with it. For example, research shows that in Rhode Island, heroin is very commonly adulterated with fentanyl and that, while the demand for fentanyl is low, exposure is very high. This puts users at a high risk of overdose.3

Fentanyl works to dull the body’s response to pain and may be abused for its ability to produce a rush of pleasure (euphoria). Short-term side effects of fentanyl may include:4

Yes, fentanyl is addictive. The Drug Enforcement Administration classifies fentanyl as a Schedule II drug, which means that while it has legitimate medical uses, it has a great potential for abuse and dependence.5

All opioids have the potential for misuse and addiction, and fentanyl’s speed of onset as well as potency allows it to quickly produce a rapid and powerful—but short-lived—high, which contributes to its addictive potential.6

Physiological dependence on fentanyl may develop quickly. Once an individual is dependent on an opioid drug, they will experience withdrawal symptoms if they stop taking opioids, which can lead to increasingly severe problems, including addiction.4

What Are the Signs of Fentanyl Addiction?

When a person misuses fentanyl or other opioids, they can become addicted. According to the criteria in the Diagnostic and Statistical Manual of Mental Disorders (DSM-5), which is used by treatment professionals to diagnose mental health and substance use disorders, a person who has a fentanyl addiction (clinically termed an opioid use disorder) will exhibit at least 2 of the following signs of an opioid use disorder in a 12-month period:7

People who are prescribed fentanyl may become addicted to the medication, especially if they start misusing fentanyl by:8

Some signs of prescription fentanyl misuse include:9

What Are the Long-Term Effects of Fentanyl Misuse?

When a person uses fentanyl or other opioids, over a longer period of time, they can experience numerous health effects, both physical and mental, that may include:8,10,11

Fentanyl overdoses are a very real possibility when people use fentanyl. In fact, synthetic opioids (primarily fentanyl) were involved in more than 36,300 overdose deaths in 2019.12

The signs of a fentanyl overdose are the same as any opioid overdose and include:13

If you think someone has overdosed on fentanyl, immediately call 911 13 If you have the prescription medication naloxone, you may administer it to help reverse the life-threatening  slowed or stopped breathing caused by of a fentanyl overdose. 13 Once you’ve administered naloxone, watch to see if the person begins to breathe normally or regains consciousness s within 2-3 minutes. If not, administer a second dose.14

Stay with the individual until emergency responders arrive and make sure to put them on their side with their top knee bent to prevent choking.13

There are various ways to treat fentanyl dependence and addiction (or an opioid use disorder), many of which involve a combination of therapy and medication.16,17

Fentanyl withdrawal symptoms can be extremely uncomfortable and incredibly difficult. People who experience withdrawal symptoms risk a return to opioid use in order to avoid withdrawal.4 In medical detox, you can receive medications to relieve your symptoms and manage opioid cravings, and know that you are in the safe hands of medical professionals who will monitor your condition and handle any medical complications.18

Addiction treatment may be inpatient or outpatient:19 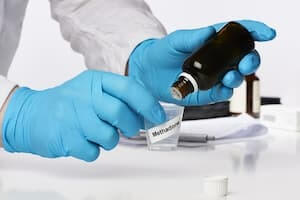 Medication-assisted treatment (MAT)—medications (methadone, buprenorphine, or naltrexone) used in conjunction with behavioral therapies—has been proven effective for treating opioid use disorders.17  MAT may be initiated or continued from detox in both inpatient and outpatient programs. At AdCare, MAT is offered as part of our treatment approach to treating any opioid addiction.

If you or your loved one needs help with fentanyl addiction, call AdCare today to talk with us about your treatment options. If you have healthcare coverage, it may be possible to use your insurance to cover all or part of your treatment. You can to see what coverage may be available to you for treatment for fentanyl addiction or you can call us for immediate help at .

Your Next StepsRecovery is possible. We're here to help with your addiction.