Meth psychosis is one of the most serious adverse health effects associated with methamphetamine misuse. If you use methamphetamine or know someone who does, you should be aware of this potential risk, as the symptoms of a methamphetamine psychosis can last for months or even years after a person has quit using the drug.1

This article will explain what meth psychosis means and how you can get help for yourself, or someone you care about, who may be struggling with meth addiction.

What Is Meth Psychosis? 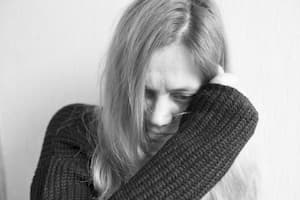 Meth psychosis refers to several psychotic symptoms that can potentially arise as a result of methamphetamine use, such as delusions or hallucinations.1 Methamphetamine-associated psychosis is often very difficult to distinguish from schizophrenia.2

Although many factors can impact the development of psychosis after meth use, it is often a result of chronic, long-term abuse.1,3,4 However, occasional meth users may also develop symptoms of psychosis, especially after high-dose use.1,2 4,5

What Are the Symptoms of Meth Psychosis?

Meth psychosis can be severely debilitating and its presence may be a telltale example of advanced or otherwise problematic meth use. The symptoms of methamphetamine psychosis may closely resemble those of acute paranoid schizophrenia.2,4 Meth psychosis symptoms may include:1,2,4-7

Tactile hallucinations (feeling something that isn’t there) are one of the most common forms of hallucinations in meth users. Meth users often say they feel like bugs are crawling under their skin.8

How Long Does Meth Psychosis Last?

People can develop acute or chronic (persistent) meth psychosis. Acute psychosis may last for hours or days and typically subsides once the drug is fully cleared from the body.2,4

In cases of chronic meth psychosis, symptoms may persist for months or even years after a person ends their meth use.1,2

Because of the similarity of meth psychosis with schizophrenia, it is not always easy to differentiate between the two, and in some cases, both may be present.2,8

Research suggests that recreational meth use, especially in large doses or at an early age, can increase a person’s risk of developing psychotic symptoms by as much as 3 times.3

Psychotic symptoms may arise as a result of an underlying mental health disorder like schizophrenia; however, they may also arise solely from meth use.2

Some people may be at increased risk of psychotic symptoms. Researchers have identified “candidate genes” that seem to be associated with a vulnerability to meth psychosis, with evidence suggesting a potential genetic overlap between schizophrenia and meth psychosis.7

Additional risk factors can include:4,6,7

* Disorders like schizophrenia, schizoaffective disorder, and schizotypal personality disorder are linked to an increased risk of meth psychosis. In people who have these disorders, meth use may precipitate or worsen psychotic symptoms.6

How to Help Someone Who Is Suffering from Psychotic Symptoms

AdCare is committed to helping you throughout the recovery process and provides customized, individualized treatment plans. Our 3-step process for starting rehab involves:

If you’re struggling or you love someone who is, don’t hesitate to reach out. Our admissions navigators are here for you 24/7 to answer any questions you may have about the rehab process and help you get started on the path to recovery. 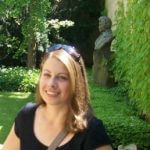 effectsmeth
Prefer getting help via text?
We're available 24/7 via text message. Signup below for access to our team when its convenient for you!
and many more...
✕
Instantly Check Your Insurance Coverage
Your information is safe & secure
At AdCare, we accept most types of private health insurance, government-issued insurance, and offer a variety of payment options. In Massachusetts, we also accept Medicare, Medicaid and Massachusetts state health care.
You can quickly and privately check your insurance benefits to see if you're covered for addiction treatment services. We’ll be able to tell you if your provider is in network with AdCare Treatment Center and all American Addiction Centers locations.
This means your treatment may be FREE1 depending on your policy, copay, and deductible.
Your Next StepsRecovery is possible. We're here to help with your addiction.