The Need for LGBTQ+ Treatment Programs

As great as it is to be openly out and proud, the members of the LGBTQ+ community often face marginalization and discrimination just for being themselves. And those who are both part of this community and happen to be battling an addiction to drugs or alcohol, have different needs compared to the general population that deals with substance abuse.

AdCare Treatment Centers, American Addiction Centers’ treatment facilities, understands the unique needs of the LGBTQ+ community. They offer a specialized program tailored to their specific needs in order for them to get the most out of their treatment experience and to increase long-term sobriety.

According to a 2018 National Survey on Drug Use and Health, regarding the sexual minority (in this specific survey, this refers to gay, lesbian, and bisexual individuals), they have higher rates of substance use in comparison to straight adults.

Those who are transgender face a set of obstacles as well. According to the American Public Health Association, they conducted an internet sample of 1,093–both female-to-male and male-to-female transgender individuals.

Using the minority stress model, they weighed connections between mental health and stigma and tested whether variables of resilience decreased these connections. Variables consisted of identity pride, family support, and peer support.

Results of the study:

And those battling with co-occurring mental health disorders, along with substance abuse and societal stigmatization of being part of the LGBTQ+ community have several obstacles to work through.

According to the Journal of the American Medical Association:

AdCare was started in 1975. It had only 10 beds at that time, and was tailored to treat those battling alcoholism. Since then, AdCare has grown into multiple locations, allowing us to better serve more people who are in need of help due to their battle with substance and/or alcohol abuse. AdCare has several treatment offerings across its nine facilities in both Massachusetts and Rhode Island.

It’s courageous to be out and proud. Likewise, if you happen to be battling a substance or alcohol use disorder, it’s courageous to ask for help when you need it. AdCare welcomes you with open arms to help you get on the road to recovery. 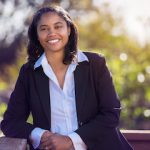 Prefer getting help via text?
We're available 24/7 via text message. Signup below for access to our team when its convenient for you!
and many more...
Your Next StepsRecovery is possible. We're here to help with you addiction.