Over the last couple of years, Americans have experienced several life-changing events that may have affected mental health. A global pandemic, major shifts in the political landscape, and financial turmoil have left many of us struggling in a loop of uncertainty. While it’s normal to feel some anxiety and stress, it’s important to remember suicidal thoughts can indicate more serious issues.

September is Suicide Prevention Awareness Month —a time to raise awareness and provide resources to help those struggling with mental health disorders and work to eliminate the stigma surrounding the topic of suicide. Suicidal thoughts, much like mental health conditions, can affect anyone regardless of age, gender, or background. According to the National Alliance of Mental Illness:

It’s vital to understand the suicide warning signs so people can get help for themselves or their loved ones if necessary. Some of these warning signs include:1

The National Suicide Prevention hotline has been a lifesaver for many people experiencing a mental health crisis. This summer, a new 3-digit number was implemented to make calling easier. If you or someone you know is experiencing thoughts of suicide call or text 988 immediately. If you are uncomfortable talking on the phone, you can chat with the Suicide & Crisis Lifeline at 988lifeline.org.

Some groups of people are at higher risk of suicide and suicide attempts than others. People with mental health disorders, and substance use disorders, are in the higher risk group.2 In addition, those who misuse prescription opioids are 40%–60% more likely to have suicidal thoughts.3 According to recent studies, up to 30% of opioid overdoses may be suicide attempts.3

Alcohol dependency is another risk factor for suicide. One set of studies revealed that people who were heavy drinkers had a higher risk of suicide than social drinkers.4

When a person has a co-occurring disorder they are at a substantially higher risk of suicide.4 If you or a loved one is struggling with an untreated mental health condition or substance misuse disorder, and looking for rehab in Rhode Island AdCare Treatment Center can help. Our admissions navigators are available 24/7 . 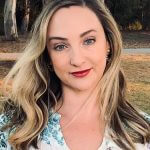 Prefer getting help via text?
We're available 24/7 via text message. Signup below for access to our team when its convenient for you!
and many more...
✕
Instantly Check Your Insurance Coverage
Your information is safe & secure
At AdCare, we accept most types of private health insurance, government-issued insurance, and offer a variety of payment options. In Massachusetts, we also accept Medicare, Medicaid and Massachusetts state health care.
You can quickly and privately check your insurance benefits to see if you're covered for addiction treatment services. We’ll be able to tell you if your provider is in network with AdCare Treatment Center and all American Addiction Centers locations.
This means your treatment may be FREE1 depending on your policy, copay, and deductible.
Your Next StepsRecovery is possible. We're here to help with you addiction.